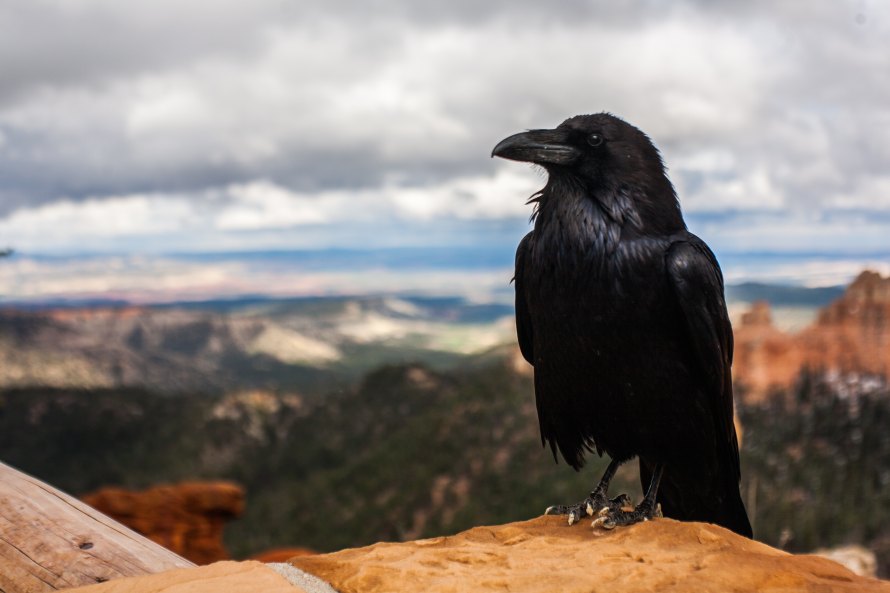 You soared to new heights with last week’s kigo! We had a record number of submissions to the hawk #haikai challenge! A special shout-out to Jane Dougherty for her record-high seven hawk haiku in a single week! 🙂

Here are your haikai:

Now for this week’s challenge!

We’re staying traditional! And as January slowly yields to February, traditional winter (by the lunar calendar as used in Eastern Asis, including Japan) will soon end. Those of us Northerners bound to the Gregorian can only hope so. Here in New York, winter bucks from spring-like days to ice age reenactments–sometimes within a day! Nevertheless, tradition dictates a late-winter kigo.

kangarasu translates as “cold crow,” according to this informative database. But it can also be used for ravens. A trickster in Eastern Woodland Native American traditions, the mysterious counselor(s) of Oden in Norse mythology, and the bearer(s) of Spirital graces to the prophet Elijah in the Jewish scriptures and to St. Benedict in Catholic medeval tradition, the Raven has captured human imagination throughout time and across culture. It is also a symbol of war and, cousin to the crow, of death–at least in certain western European traditions, like my ancestral Irish. Not to mention Poe’s obsession with one!

Therefore, without further introduction, your Kigo this week is the raven! Directly state or refer to the raven in a haiku, senryu, haibun, tanka, renga, haiga or any other haikai (Japanese-style) poem of your choice.